After months of rumours and leaks, Microsoft has officially unveiled the Xbox One S All-Digital Edition ($249). Launching on May 7, the new model is a disc-less take on the Xbox One S, that does away with the need for physical media entirely. The console looks exactly like the standard Xbox One S. barring the disc drive and eject button, and packs a 1TB HDD for storage. Every single All-Digital console will also include downloads for Minecraft, Forza Horizon 3, and Sea of Thieves, making sure owners have something to play right out of the box. Could be a winner if you’re ready to make the digital switch. 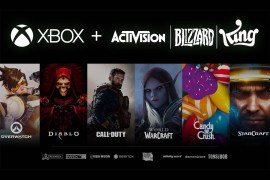