Virtual reality is all the rage these days, don’t you know. The tech world can’t get enough of the Oculus Rift, HTC Vive and PlayStation VR, and gadgeteers are chomping at the bit to strap themselves in and escape the cruel harsh realities of a self-aware existence.

Or maybe they just want to blow things up in a cool new way.

Either way, VR headsets are so in right now, but that doesn’t mean there aren’t any alternatives hankering for a spot on your coveted face.

Microsoft is also looking to pounce on the competition with a headset of its own, but the HoloLens, as it’s called, is taking a very different approach.

The difference between the HoloLens and other VR headsets is that Microsoft has decided to take the augmented – rather than virtual – reality path.

Unlike headsets like the Rift – which position a display in close proximity to your eyes to provide an immersive view of a 100% digital world – the HoloLens consists primarily of a transparent see-through holographic lens.

This lens is capable of projecting digital images/video/models directly into your field of view, while letting you see the real world at the same time. Or augmenting your reality, if you want to get technical about it.

Related › Microsoft thinks HoloLens can do all the things

Unlike its competitors, applications of the HoloLens are already well beyond purely gaming. Skype conversations, whiteboards, weather apps and more can all be used to augment spaces with information and entertainment.

In practice, this means that you can do rather cool things, like summoning a virtual screen playing a movie, right in front of your eyes, enlarge it, and pin it to a wall with a simple voice command, providing you with a giant virtual flatscreen TV in your bedroom, in an instant.

Games are however, a large part of HoloLens’ appeal. Microsoft’s E3 demo last year was particularly impressive, showing off a virtual, realistic 3D tabletop Minecraft world which HoloLens users can manipulate and wander around in, in first-person view.

Related › Want to develop for HoloLens? Apply now (but have $3000 handy)

Another demo at Microsoft’s Windows 10 devices event showed off a game which involves an army of robot creepy crawlies bursting through a living room wall – complete with spacial awareness of the player’s location and obstacles.

Xbox One and Windows 10 owners can also use the HoloLens to stream and play games in real time on portable virtual screens – Wi-Fi permitting of course.

It’s unclear what the input lag is like at this stage – and it won’t magically transform existing games into 3D immersive worlds – but it’s another interesting feature that looks set to rival the likes of PlayStation TV.

Everyone who’s tried a HoloLens walks away from it impressed. But there is a common drawback which crops up each time – its tiny, narrow field of view.

The limited letterbox hologram area means that turning your head too much causes virtual objects to cut off or disappear completely, meaning that the magic only takes place directly in front of your eyes.

While the HoloLens hardware isn’t final, Microsoft’s Kudo Tsunoda has stated that “it’s not a huge dramatic difference in the final version from what you see today”.

It looks like we’ll have to wait for HoloLens 2.0 for a more immersive experience…

Related › You can stream Xbox One games into Microsoft’s HoloLens

If the winner of this generation of headsets is based purely on looks alone, the HoloLens will comfortably earn the winning tiara and fancy bouquet.

It’s by far the best-looking headset of the lot, with a sleek, modern design that stands head and shoulders above the bulky black boxes of its competitors.

The HoloLens’ adjustable head strap also appears to be superior to the standard elasticated straps used elsewhere, both in terms of fit and comfort.

Don’t get us wrong – you definitely, definitely won’t want to wear this thing out in the street – Google Glass is too much for most people to deal with, let alone something this size – but for something you’re going to wear for hours on end at home, the HoloLens more than delivers on the design front.

Unlike the HTC Vive and Oculus Rift it’s wireless too, offering users a greater degree of freedom to move around.

HoloLens is obviously far more than just a pretty face, and it’s able to work its magic thanks to a variety of different tech.

We’ve already discussed the adjustable holographic visor (which, incidentally, has to be calibrated to each new users’ eyes), but there are also a multitude of sensors embedded in the unit itself.

These include depth sensors, a camera, a microphone, and a unit which houses the accelerometer, gyroscope and magnetometer. There is of course also a CPU and GPU to keep the entire show running, in addition to a holographic processing unit.

The latter is a custom processor designed by Microsoft to handle all the sensor data, spatial mapping, gesture and voice/speech recognition. It is, according to Microsoft, powerful enough to churn through and process terabytes of information in real time.

Both outer edges of the HoloLens band have built-in speakers – not headphones. Microsoft opted for this route because it didn’t want to completely blot out environmental sounds.

It sounds inerior to the impressiveness of headphones on paper, but the speakers are able to generate binaural audio, simulating spacial effects to give the impression that sounds are coming from particular directions.

The rest of the unit contains all the power and control buttons you’d expect to find, including a microUSB port for charging.

UPDATE (12/10/16): Microsoft has been surprisingly quiet on the HoloLens front for much of 2016 as developers tinkered with the hardware. But now – surprise! – you can pre-order a unit in the United Kingdom and some other countries.

It’s still not designed for the average consumer, however: while anyone can order the headset, Microsoft’s latest video clearly states it’s aimed for developers and creative professionals. There probably isn’t enough useful, fleshed-out software at this point for recreational use, although if you’re a bleeding-edge early adopter type, this might be the time to jump on.

Granted, it won’t come cheap. Previously, Microsoft sold HoloLens for US$3,000 in the States, and in the UK it’ll weigh in at £2,719 (about £3,320 currently). Pre-orders are available now with shipments expected to begin late in November. Besides the UK, the latest countries added to the roster include Australia, France, Germany, Ireland, and New Zealand.

ORIGINAL STORY: The HoloLens will begin shipping out to American and Canadian developers by the end of April this year, though they’re going to have to pay dearly for the privilege – US$3000 will net developers a HoloLens unit, with a minimum of two per person.

There’s no word on a final retail release date at this time, but we’ll update this preview with more information, as and when we get it.

As for us? We can’t wait to have the HoloLens (and its rivals) lined up on a table in all of their finalised glory. Watch this (virtual) space. 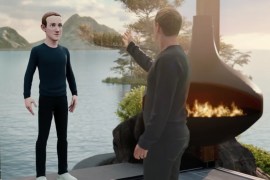 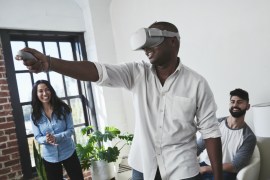