The first thing Nokia would like you to notice about this 3G mobie is the words ‘Carl’ and ‘Zeiss’ on the camera lens. It’s a shame, then, that you’ll be busy guffawing at its bloated size, instead.

Big can be beautiful

In the Finns’ defence, the N90 is beautifully built: it feels luxurious in the hand and the two amazing screens rival the Sharp’s similarly spectacular display.

The interface is intuitive, and both the quantity and quality of Office and multimedia software make competitors look stingy.

The camera, however, is the big disappointment – although the 2MP photos are good compared to most phones, they look flatter, fuzzier and don’t capture colours as successfully as, for example, rival the Sharp 903.

To compound matters, the camera mechanism is fiddly to ready for shooting and the phone works only with standard Nokia chargers via an adaptor. Bummer.

I had no idea Nokia used to make camcorders… Toilet paper, tyres and gas masks, yes. Camcorders, no. Way back before every phone was just a variation on a flat rectangular theme, features had much more influence on their design. Nokia’s N90 looked like a Transformer because the Finns needed to find space for its […] 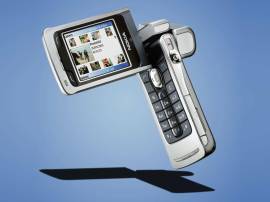 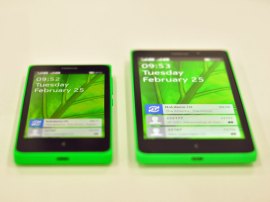