The days when a CD player was considered cutting-edge technology for in-car entertainment are long gone. Modern cars are now packed with all sorts of technology, which helps to make driving easier, keep you safe, stream music – and even have your text messages read to you while you drive.

Of course, some cars are more packed with tech than others. Take a look at the new SEAT Leon, for example. At first glance it might seem fairly similar to the previous version of the Leon, but just like an upgraded smartphone, the big difference is in the kit stuffed into that stylish shell.

That tech included an eight-inch Media System Plus touchscreen and SEAT Full Link technology, which incorporates MirrorLink, Apple CarPlay and Android Auto so it can connect to a host of devices. There’s a wireless charger built into a Connectivity Box, along with keyless entry. And there are driver assistance features including Traffic Jam Assist, Adaptive Cruise Control and Traffic Sign Recognition.

All that technology is hugely helpful to drivers – but, as part of a promotion, SEAT and Stuff want your help to make motoring even easier. How? We want to know your top car ‘tech hacks’ – the little shortcuts, tips and ideas you’ve discovered that make life just a little bit easier.

Basically, you know those genius smartphone short-cuts you get told about one day and then can’t remember how you lived without? We want the car versions of those. There’s even a £100 Amazon voucher up for grabs for the best tip. Yes, we’ll reward you for helping people out.

An example: always forgetting where you’ve parked your car? No problem. Just fire up your favoured map app on your smartphone when you park, and drop a pin in your current location. Then you can always be guided back to your car. It’s so simple you probably should have thought of it before.

We want you to share your favourite car tech tips. We’ll try your best suggestions out in a number of videos, using the stylish new SEAT Leon for the demonstration.

The person who submits our favourite car hack will win a £100 Amazon voucher. Submit your hacks and tips by emailing paula.croggon@haymarket.com or via a social media comment on this Stuff Facebook post. 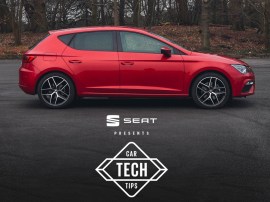 What sort of car tech user are you? 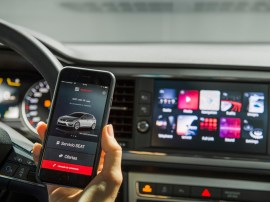 Dynaudio doesn’t just want you to read all about its next-gen, high-res wireless speakers – it wants you to hear them in person. Here’s how to do exactly that – and get on the hottest guest-list in town 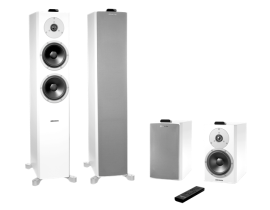