As far as iconic Nokia phones go, you’d probably say that the 6310 can’t quite match the 3310 or 8110, but we’re still talking about a famous Nokia blower here, and one that has now been given the same modern-day treatment as its counterparts. Perhaps sadly for Nokia purists, the new 6310 (£50) bears little resemblance to the original. It now has bigger buttons and more noticeably a 2.8in curved display, while its three-tone colourways of black, yellow, dark green and light blue are a far cry from the greys and silvers that you’ll remember the original for. Still, the 1150mAh battery can last weeks on standby without countless apps munching away at it, and the phone can be used as both an FM radio and an MP3 player, accepting microSD cards up to 32GB. 2021’s Nokia 6310 will be available to buy from August. 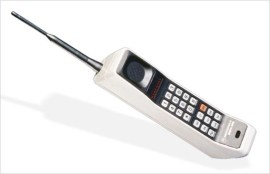