Traditionalists didn’t like the idea of Twenty20. Yet the all-swinging, high-scoring format turned out to be just what cricket needed. And Nokia hopes its T20 tablet will similarly steel Apple fans away from their favourite format: the iPad. A lofty goal, but things look promising on paper. Slimline at 7.6mm, the T20 is fronted by a 10.4in display with a 2K resolution – ideal for streaming the Cricket World Cup later this month. Beneath its sandblasted aluminium shell is an eight-core Tiger T610 chip which, together with up to 4GB of RAM, should be good for an Android 11 pace attack. And like the Nokia devices of old, the T20 is built to last a full innings. Two years of guaranteed software upgrades mean the OS shouldn’t languish in the crease, while its 8200mAh battery is touted to be good for a 15-hour stand at the wicket. But it’s the price tag that could bowl over Apple die-hards: the Nokia T20 starts at £180 for the Wi-Fi version or £200 if you need cellular as well.

The 5 best mobile cricket games in the world

As the Twenty20 Cricket World Cup gets underway, we’ve rounded up the best touchscreen takes on the connoisseur’s bat’n’ball sport 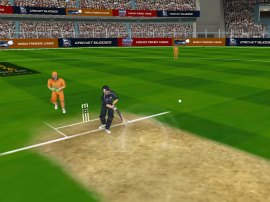