Home / News / CES 2015: Parrot’s Zik Sport headphones can tell how good a runner you are

We’ve already seen headphones that can measure your heart rate, but at CES this year, Parrot’s gone several steps further.

The Zik Sport headphones not only know how fast your heart’s beating, but how well you’re running, measuring the steps you’re taking, how long your feet are in touch with the ground and your cadence (steps per minute) via a built-in accelerometer.

A companion app harvests the data after you’ve run, in theory allowing you to change your technique to increase your efficiency, get faster, and ultimately become a better runner.

There’s something very ’90s cassette Walkman about the in-ears-plus-headband look of the lightweight plastic cans, but the tech is entirely 21st century: Bluetooth LE for wireless music streaming, built-in active noise cancelling and an array of microphones that allow the outside world in should you want to hear it.

We had a brief play at the CES Unveiled event in Las Vegas but didn’t get the chance to listen to the Zik Sports. Regardless of how they good they sound, the concept is intriguing, particularly if the accelerometer can be taught to monitor other forms of exercise.

They’re still in prototype stage, so no pricing info yet, but Parrot expects to have them on shelves in 2015. We’ll keep you posted. 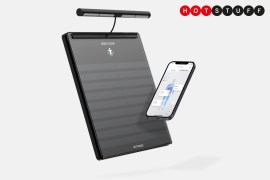 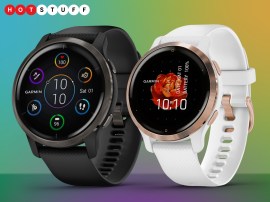 CES 2019: We pick the best of the best from this year’s Consumer Electronics Show 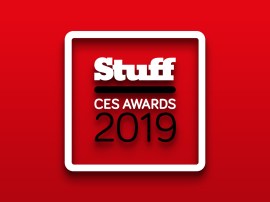