New leaks suggest that Facebook is planning to splash out a billion dollars on social mapping company Waze, creating flashbacks of its Intstagram purchase for the same amount last year.

TechCrunch reports that the deal is currently being held up by negotiations over where Israeli company Waze will be based, though we’d expect it to settle in Facebook’s native country if the deal goes through.

Waze already integrates with Facebook by showing users nearby friends, but the acquisition could bring Waze’s turn-by-turn directions and crowd-sourced traffic reporting to Facebook’s iOS and Android apps.

Friend requests and status updates about cats while driving though? Let’s hope it doesn’t quite come to that…

New video! Should you choose the Asus FonePad over the Nexus 7?

LG Optimus G2 to be unveiled on May 30th?

How to train for a triathlon

Our daily morning trot through the fragrant meadow of technology news 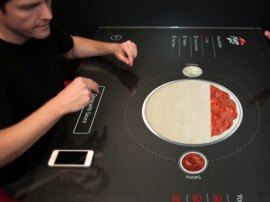