Although the recently unveiled HTC Droid DNA is unlikely to get on a boat and migrate to the UK, we have our fingers crossed. Apart from looking like a stylish piece of kit, largely due to the black paintjob with red stripes down the sides, the Droid DNA is suitably well equipped.

Even though it will set you back a relatively paltry US$200, it comes with an eye-melting 5in full 1080p Super LCD display layered with Gorilla Glass to keep it safe from your clumsiness. The result is a class-leading pixels per inch (ppi) of 440.

On the inside is a 1.5Ghz Qualcomm Snapdragon S4 quad core processor – the same CPU found in the remarkably quick HTC One S and Nokia Lumia 920 – as well as 16GB of internal storage, 2GB of RAM, a sizable 2020mAh battery and Android Jelly Bean 4.1. Oh, and there’s a hopefully capable 8mp camera with all the trimmings for all your drunken photo needs.

HTC refrains from using the Droid moniker so if the DNA decides it fancies some cold weather and a proper pint, it will bear a different name. We’re going to suggest the HTC How Can It Be This Cheap.

If you happen to live in the US, the Droid DNA will be available from Verizon from November 21st and you can pre-order yours today if you have given up trying to get a Nexus 4.

LG launches the sequel to a flagship you’ve probably never seen, and the rumours were right – this 5.2in, Snapdragon 800-packing phone is specced up to its eyeballs 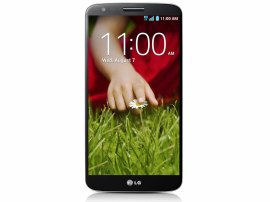 UPDATED WITH RELEASE DATE AND PRICES! HTC’s latest flagship is a beast. And don’t let that 4MP camera fool you. There’s more to it than meets the eye…

Just when you thought your next smartphone purchase was going to be easy, LG throws its heavyweight contender into the mix