UPDATE: Our compete HTC One news story, with full details, is live here.

We’re at the launch of HTC’s new flagship phone – find out whether it’s a contender for the top spot in our Smartphone Top 10. HTC’s alluded to the rumoured ultrapixel camera sensor with a snap of lenses, but what other goodies will be crammed inside its shell? Find out below…

MOST RECENT POSTS TOP — PLEASE SCROLL DOWN FOR OLDER

15:58 You can take people out of photos or unwanted objects after youve taken them. Let’s hope it works better than the Lumia 920 version.

15:56 Everytime you take a photo a 3-second video clip will be shot and all these are stiched together. Pretty cool.

15:50 Ah, and now HTC Zoe is mentioned. This is the new camera experience. This captures a video with ever photo you take – allowing you to bring the images to life. Much like the gif feature on the Lumia 920.

15:48 What matters is not pixel count, but pixel size. Cue the educational video.

15:47 The breakthrough camera is being mentioned…

15:43 A music player feature called Visualizer lets you see song lyrics to whatever you’re listening to. Ideal for whole-bus-sing-alongs.

15:42 HTC BoomSound should make tinny mobile phone sounding speakers a thing of the past with superior sound. Apparently.

15:38 HTC Sense TV, in conjunction with the bulit-in IR Blaster, will let you use the One as a universal remote.

15:35 HTC BoomSound is the new audio drive comprising Beats Audio, two speakers and an amplifier. And sound recording should be great as it supports HDR thanks to its two mics.

15:33 Total content fed from BlinkFeed will be coming from 1400 content partners. Thank God for the included filters.

15:27 Yes it’s called HTC One, and yes they’ve gone with a unibody design once again. This looks really attractive.

HTC One spotted in press shots 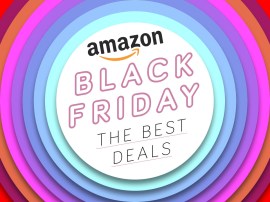