The Beeb’s HD channel will start broadcasting in less than two weeks, on November 3.

With an opening night line-up including The One Show, Nigel Slater’s Simple Suppers, Film 2010 and The Apprentice, it will finally answer all your question about Slater’s fingernail hygeine and Alan Sugar’s nasal hair.

And the BBC’s moany cockney soap Eastenders will also be coming in gritty HD detail – as a Christmas present to its legions of fans, its Christmas Day episode will be shown on the channel.

Sports tournaments, charity events and more singing, dancing and cooking competitions than you’ll ever admit you watch are all being scheduled for the new channel, called BBC HD.

3D is out, HD is in – the BBC is putting all its super high definition eggs into one sturdy basket 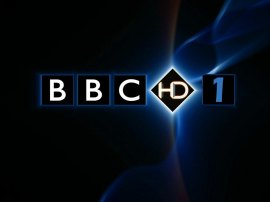 Freeview HD transmissions are set to begin on 2 December, the Beeb has confirmed.The Winter Hill transmitter is set to kick of the HD Freeviewing on t

Channel 4 gets HD for Xmas

It seems Christmas really is the season for giving as Channel 4 has announced it’ll be flicking the switch on its new HD channel, right around a