Nikon has unveiled not one but two new models in its 1 series of compact system cameras. There’s the J3, the third snapper in the J range and, according to Nikon, possessor of the “world’s smallest body”, plus the all-new S1, a cheaper (just) alternative to the J and V models and built for speed.

The 14.2MP Nikon J3 has the smallest body for a camera with “interchangeable lenses camera employing an image sensor larger than CX format”, which is a bit of a mouthful. It features the same processing engine as the enthusiast Nikon V2 model, making it able to shoot stills at up to 15fps with autofocus and up to 60fps without. Nikon claims it autofocuses incredibly quickly too. It can capture full HD videos at 60 or 30fps. It’ll be available from 7th February, priced from £580 (with kit lens).

The S1 kicks off a brand new S series of Nikon 1 cameras, and it seems that this will represent the “budget” end of the range (it’s priced from £480 with kit lens). It features a 10.1MP sensor and slightly larger body, but offers many of the same abilities as the J3. It’ll also be on sale from 7th February.

Aimed at both enthusiasts and professionals, at the heart of the Nikon Z9 lies a 45.7MP full-frame CMOS sensor, which is paired with Nikon’s EXPEED 7 processor. On paper, this camera impresses for both video and stills and on specs alone exceeds the Nikon D6. Built from magnesium alloy and with a deep ergonomic grip, […] 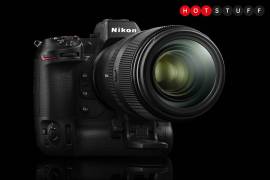 Who you callin’ basic? 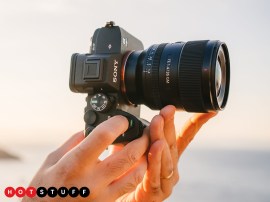