Nokia’s 4.3in Lumia 900, unveiled – and fondled by us – at this year’s CES, could be landing here in the UK this June, according to Carphone Warehouse who has put up coming soon and pre-register pages ready to welcome the latest Windows Phone 7 handset from the Finnish phone giants.

We heard differently from Stephen Elop at CES – he said there weren’t any plans on the cards for an international release of the Lumia 900, which in the US will have super-fast 4G smarts when it’s released in March. But, Nokia’s on a good run with analysts predicting over one million Lumia smartphones have been sold already so it wouldn’t surprise us if this supersized Lumia phone – with added front facing camera – makes its way across the pond in time for summer.

Nokia Lumia sales estimated at over one million

Not into the vibrant Lumia look? Microsoft’s handset reissues are sleek and subtle 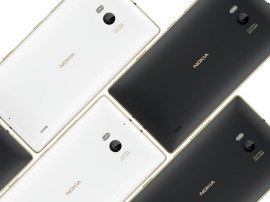 Confirming prior reports, it appears we’ll be seeing “Microsoft Lumia” quite soon 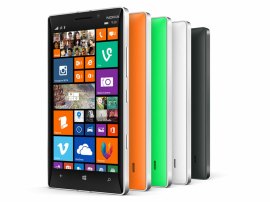