There was a time when everything Apple touched didn’t turn to gold (or an aluminium monobloc). In fact, in the early’90s Apple was a bona fide underdog. In an effort to stake a claim outside of its battle with Microsoft, Cupertino’s favourite multi-national turned to cameras. The Kodak-made QuickTake 100 was the result.

Er, you probably won’t. Put it this way, swapping your 10MP compact for a second-hand QuickTake is like ditching your iPhone for a Nokia 3210. With 1MB of memory the 100 could only store eight photos at its maximum resolution (640×480) and there wasn’t even a screen to review them. You won’t find focus or zoom controls either. Anyone surfing eBay for an Apple snapper will be doing it purely as an act of gadget archaeology. It’ll look just dandy in your display cabinet, next to the Macintosh SE.

What should I look for?

Most QuickTakes for sale are in America but you can have one shipped over for about £15. The problems will start when you try to get your photos off the camera. You’ll need an OS7, 8 or 9 Mac (not OS X) and an RS-232 cable to connect them up. If you get that far you can download a PDF of the original manual here: bit.ly/quicktakemanual.

Useless, or a tech trailblazer ahead of its time? The Newton was Apple’s first attempt at a handheld computer. As you might have noticed, its second fared a little better…

Until the iPhone, Apple had made very little impact in the games business. By the time the Pippin launched, the market was owned by the PlayStation and Nintendo 64. Too late.

With more flaws than a multi-storey car park, the USB “hockey puck” mouse came with the iMac G3 in 1998. It looked cool but was an ergonomic nightmare. Best used for hockey.

By 2006 it seemed the planet’s iPod docks outnumbered people ten to one, but Apple still had a punt with this massively overpriced monolith. It lasted till September 2007.

10 and a half things you won’t believe Apple made

Apple’s weirdest hits, misses and the odd bit of knitting 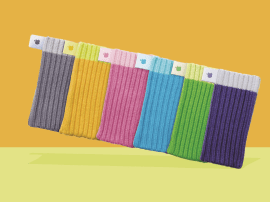 Apple always despised netbooks. Well, apart from the one it made in the 90s… 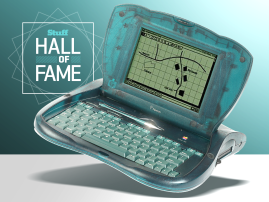 Hands up if you remember this bulky beast 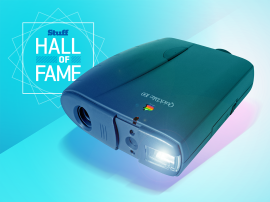