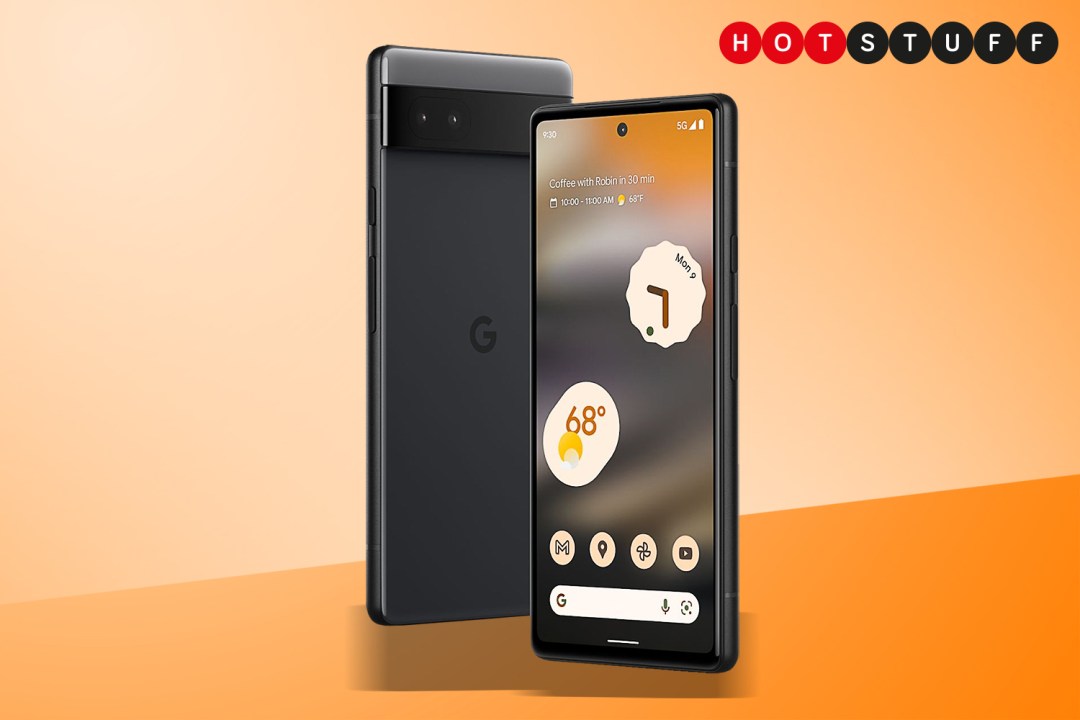 The latest wallet-friendly addition to Google’s smartphone line-up has arrived, with a spec sheet that’s tantalisingly close to the full-fat models. The Google Pixel 6a takes a step back on the camera front, but is powered by the same Tensor chipset you’ll find in the Pixel 6 and Pixel 6 Pro. It’s heading to the US initially, with UK network EE the first to confirm contract availability on this side of the Atlantic.

With a 6.1in OLED display, the Pixel 6a is that little bit more palm-friendly than its bigger brothers. It’s a flat panel with skinny bezels at all sides, just like the Pixel 6. It’s one step behind the older phone in the refresh rate stakes, though, with a 60Hz panel. We’re also talking Full HD resolution at this price. It’s protected by Gorilla Glass 3.

The Google-designed, Samsung-built Tensor CPU is paired with either 6GB of RAM, and 128GB of on-board storage. As is standard practice for Pixel phones, there’s no microSD expansion. The Titan M2 security coprocessor also makes an appearance, which Google reckons gives it the edge over hackers and data thieves.

Google has found room inside for a 4410mAh battery, which unsurprisingly sits beneath the Pixel 6. 24 hours of juice is promised, or up to 72 hours with the power-sipping Extreme Battery Saver mode enabled. Fast charging is at 18W, so a full top-up should take between one and two hours. That’s not a patch on the fastest flagships coming out of China, but still a good showing for a cut-price phone.

The biggest change is to the rear cameras, which forego any high pixel count sensors or periscope cleverness. You get a 12.2MP main snapper, along with a 12MP ultrawide. Of course, Google’s algorithms can do a heck of a lot with that, so we’re expecting good things from the Pixel 6a in all lighting conditions. Night sight, Magic Eraser and Face Unblur are baked in, along with Real Tone image processing.

Up front there’s the familiar 8MP camera that’s been a staple of Pixel phones for a few years now. Need sharper selfies? Then step up to the Pixel 6 Pro and its beefier 11.1MP sensor.

The Pixel 6a will land with Android 12, as Google isn’t quite finished tinkering with version 13 – but as a Pixel device, you can expect it to be among the first handsets to get the update once it’s ready. Google is promising five years of security updates too.

The Pixel 6a will be available to order directly from Google later this month. Prices will start from $449 in the US (around £370). Pre-orders start on July 21, with sales starting on July 28.

SIM-free pricing for the UK has yet to be confirmed, but EE has confirmed it will offer the phone on contract. Customers can register their interest on the EE website now. It’s unclear if that’s an exclusive, or if other networks will follow suit later.