With Halo 4’s launch just over two weeks away, Microsoft has released a new launch trailer to get us ready to step into Master Chief’s metal boots once more.

The new “Scanned” trailer is produced by The Social Network director David Fincher, and features a captured Master Chief apparently being scanned by some kind of alien (not from the Covenant). We flash through the Chief’s memories of childhood, his being taken from his family and turned into a Spartan super soldier, and him battling this new alien race. The trailer ends with the legend, “An ancient evil awakes”. Wooo. 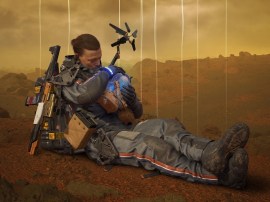