Home / News / Is Wii uDraw the new Balance Board?

As Sony and Microsoft put the finishing touches to their motion control systems, Nintendo has another surprise in store – the uDraw tablet.

It’s a graphic design tablet that allows players to control characters using a pen on a slate. Or, indeed, doodle and draw. Made by Red Faction developer THQ, the uDraw GameTablet will ship with uDraw Studio, a Photoshop-lite art app with variable brush effects, locations and canvasses.

The tablet takes power direct from the Wii-mote, which beds down alongside the 4x6in interface surface.

When it goes on sale in the US in time for Christmas, it’ll cost a cent under US$70, bundled with uDraw Studio. Those of us in the UK (and the rest of the world) have the uDraw release sketched in for early 2011.

Other games available at launch should include a collection of mini games called Dood’s Big Adventure and classic draw-off Pictionary. The early offerings are aimed mainly at kids, but we see plenty of potential for adult offerings down the line.

THQ’s bundled software will have budding artists throwing paint pixels all over their flatscreen canvasses. There’s a neat time-lapse function to review the creation of your masterpiece and you can export your opus as a jpeg.

Four games – Pen Panic, Roly Poly, Bubble Trouble and Fan Frenzy – form this mini game compendium. Characters and scenery can be artily customised, while protagonist Dood is controlled with the stylus. Better than it sounds, actually.

You draw, others guess – same as it ever was. Pictionary on the uDraw includes blind drawing, drawing with your weak hand, a rotating canvas and only being allowed to use the shape palette. Madenning, as ever, but solid multiplayer fun.

Games Watch: the 5 best new games coming out in January 2020 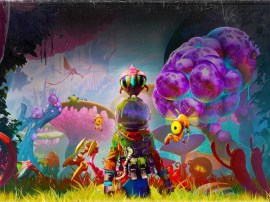 Games Watch: the 5 best new games coming out in July 2019 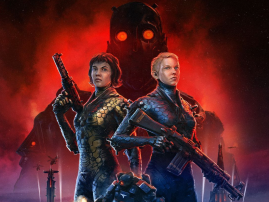 Nintendo’s hybrid has some neat tricks, but do you really need it? 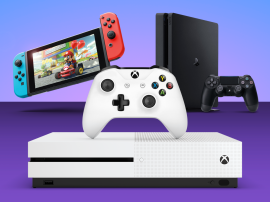