Everyone’s a photographer these days. Yes, even you.

Since the first semi-decent cameraphone graced our pockets back in the early 2000s, we’ve been taking pictures of cats, clouds, pizza and more cats, with a few dogs thrown in for good measure. The likes of Facebook and Instagram prove that we’re not the only ones, with billions of photos floating in an endless river of online snaps.

Not all cameras are born equal, and despite the saying, a good workman is allowed to blame his tools every now and then.

The Amazon Fire phone’s camera is a veritable imaging swiss army knife, helping you get the best shots possible every time you hit the shutter. It’s still not going to make that 3am bus-stop kebab look any more glamorous mind you, but then again, nothing will. Here are six more serious concerns that the Amazon Fire phone has fixed:

It’s true that megapixels aren’t the be-all and end-all when it comes to image quality. But because Fire does have a large 13MP sensor, it’s got an advantage when it comes to cropping into photos.

Imagine that you’ve taken an adorable photo of your nephew/niece while standing on the other side of a room. It’s a great shot but because of the distance, you want to zoom in and crop the photo so that they’re larger and become the main focus.

With a lower megapixel camera, you’re going to lose lots of detail and walk straight into a wall of fuzzy grain as soon as you crop in. Not good. Shots taken with the Fire retain more detail however, thanks to the higher megapixel count. Little [INSERT CHILD’S NAME HERE] has never looked so adorable.

Low light is the enemy of all cameras but Fire has a clever weapon in its arsenal to capture more detail when you’re in a dingy bar or at a romantic candle-lit dinner – optical image stabilisation (or OIS for short).

That means that Fire’s lens can physically move around within its housing, adjusting and compensating for hand movements that result in blurry shots. This means that it takes a lot less time for your camera to focus on the subject, as no matter how shaky you are at that stage of the night, your Fire phone camera will be rock steady.

Whether or not your mates will appreciate their faces coming out clearer mid-dance, is another matter entirely.

READ MORE: Down with blind fanboyism: can’t we all be friends?

3. Video you can play on the big screen

Fire phone can also shoot 1080p videos at a 1920 x 1080 resolution. That means you’ll be able to take advantage of every single pixel on your Full HD TV, showing off your videos in all their glory.

OIS also comes into play when you’re shooting videos too, reducing camera shake and banishing Blair Witch-style camera shake. Which is definitely a good thing if you suffer from travel sickness.

Fire Phone owners are treated to full, unlimited use of Amazon’s Cloud Drive service for photos taken with your Fire phone. That means that you never have to worry about running out of space on your phone again, as every photo automatically uploads to Amazon’s secure cloud storage space.

It’s also a great way to ensure that if the worst comes to worst (thieves, accidental toilet drops etc) you won’t lose your photos. They’ll be right there in the cloud, easily accessible via your PC.

No matter how good your shots are (and we’re sure they’re excellent), they could sometimes benefit from a little tweaking. All the professionals do it, honest.

Fire comes with access to the Amazon’s Appstore, which has a host of photo editing apps at its disposal. You could go crazy with filters if you like but sometimes a subtle colour balance is all you need to achieve perfection.

6. Fiddling around on the screen

OK, a button might not sound like the most exciting thing in the world, but there’s one on the side of Fire that does come in very handy.

For starters, it lets you fire up the camera in just about a second, increasing the chances of capturing great spontaneous shots, instead of fumbling around through app icons to launch the camera.

It doubles up as a shutter button too, which results in a more stable grip and less shake than using an on-screen shutter button, reducing blur further. 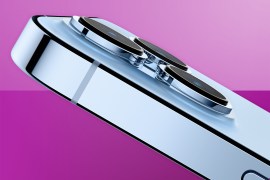