We’re a bit surprised that Microsoft didn’t launch its latest gaming headset  – and the first wireless one since the Xbox 360 days – alongside the Xbox Series X|S towards the end of 2020, but if does indeed turn out to be ‘the future of gaming’, then it’ll probably be worth the short wait. Designed to be used with the new Xboxes and Windows 10 PCs, as well as mobile devices presumably running the Game Pass app, the Xbox Wireless Headset promises low latency, lossless wireless audio and great sound. There’s support for spatial sound tech standards such as Windows Sonic, Dolby Atmos and DTS Headphone: X, which should help you better hear those oncoming enemy footsteps in Warzone, while dual beamforming microphones and voice isolation tuning should result in perfectly audible swearing when you get shot in the back. An auto-mute feature automatically mutes your mic when you’re not speaking, and a light indicator lets you know when you are on mic. Design-wise, it’s unmistakably an Xbox headset, black and green in colour with noticeably large earcups that Microsoft says are ultra-soft and made of a polyurethane leather that evenly distributes pressure over your ears. There’s more to enjoy, like simultaneous pairing with your Xbox and phone, plus a customisable EQ in the Xbox Accessories app. Maxed out battery life is up to 15 hours, with a 30-minute charge returning roughly four hours of juice. The £90 Xbox Wireless Headset can be pre-ordered from today. 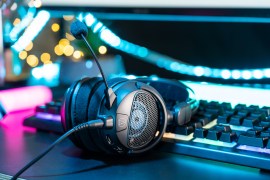 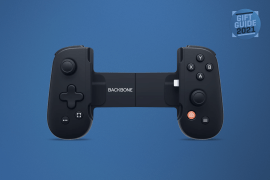 Not quite as feature-packed as its wireless counterpart, but a fair bit cheaper 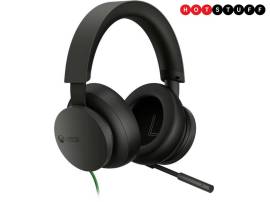