Acer has refreshed its top-of-the-range gaming laptop, giving it more grunt, better graphics and a cooler design (quite literally).

The 17.3in Helios 700 keeps the sliding HyperDrift keyboard of its predecessor, but now comes with either an overclockable 10th Gen Intel Core i9 or i7 processor, along with a choice of two Nvidia graphics cards.

Those with the i9 chip also have a new cooling system called Predator PowerGem, which has more heat conductivity than copper. Combine it with three copper heat pipes, Acer’s CoolBoost tech, a vapour chamber and two fans, and it should feel like having a block of ice on your lap. Just less melty.

There’s also faster memory, an extra Thunderbolt 3 port (taking the total to two) and the latest Killer DoubleShot Pro to give your gaming priority bandwidth.

It comes to the UK in September for around £2,500. Let the games begin. 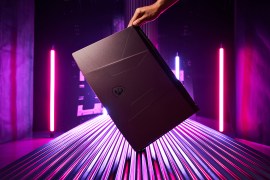 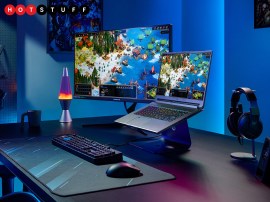 Let some air in 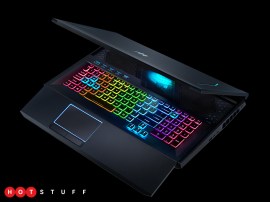