Logitech has revealed a button-riddled G600 MMO gaming mouse which features a total of 20 buttons – including a cluster of 12 on its side.

The buttons in question are pre-programmed by default, but l337 gamers can customise them with whichever functions and complicated macros their hearts desire.

In addition to a G-Shift control which doubles the functionality for each key, the G600 also has its own memory, so you won’t be faffing around with drivers or re-calibrating your settings from rig to rig.

Finally (and perhaps most importantly), all of the buttons can be set to glow to a plethora of different hues, thanks to LED backlighting. A 6.5ft cloth-wrapped cable signs off the spec list, along with adjustable DPI for on-the-fly tweaking.

Whether it’s World of Warcraft or Battlefield 3, you’ll never be left wanting for a button again – if you want to get clicking, the G600 is available in black or white from early July, when you can add it to your gaming arsenal for £70.

Video: a brief history of video games, the song

AmpliTube Slash app takes you down to Paradise City 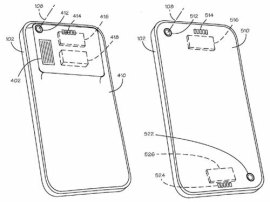 Whether you’re enrolled in the school of Grandmaster Flash or Fatboy Slim, PaceMaker’s return should get your turntable senses tingling

When it comes to choosing a camera we need ours to be tougher than Chuck Norris wearing a bombproof poncho made of nails. All too often we spill a pin