If you’re a shutterbug with aspirations towards being the next Spielberg, the new Canon 70D has your back. The replacement for the 60D, it’s packed with features for photographers with an interest in video.

Featuring an APS-C sensor, the megapixel count has ramped up from 18MP to 20.2MP and its 3in vari-angle screen is now touch sensitive, although Canon’s trusty manual controls remain for those looking for something a little more traditional.

An upgraded DIGIC 5+ processor, maximum ISO of 12,800 and the ability to shoot 7 frames per second are also on the cards, with 65 jpeg or 16raw snaps available with a single shutter press.

The 70D can shoot full HD video at 24, 24 and 30fps at full HD or at 60fps at 720p. Canon also promises that the 70D’s new AF system will ensure that subjects are always in focus, though you can take things into your own hands by manually making adjustments on screen.

Canon’s EOS 80D might be a vlogger’s best friend

Full HD video at 60fps and quality stills to match 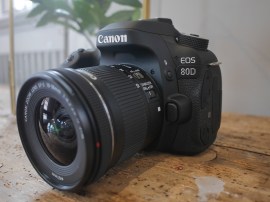 Lightning-fast continuous shooting should please sport and wildlife pros too 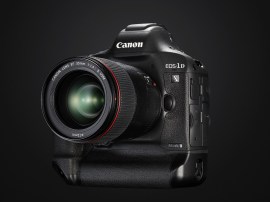 Is this the Canon EOS 7D Mark II? 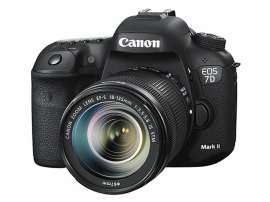