Toaster in the bath, radio in the shower – we’re taught early on that water and electricity don’t mix. But it looks like Florida powerboat maker Cigarette Racing didn’t get the memo.

Inspired by the Mercedes SLS AMG Electric Drive supercar – and we’re not just referring to the outlandish but strangely likable yellow paint job – the Cigarette AMG Electric Drive is an absolute animal of a boat. And it should be, when Mercedes AMG’s legendary tuning company has played a part in its conception.

Rather than a conventional fossil fuel engine, it uses an absolutely huge electric motor. In fact, twelve electric motors – to be precise – create a whopping 2220bhp and 2212lb/ft (3300Nm) of torque. That’s three times the torque of its road-going electric brethren, producing a whopping 100mph top speed.

To keep all those thirsty motors going, four batteries comprising 48 modules and 3,456 cells generate a capacity of 240kw/h and maximum voltage of 400 volts, which are ‘refuelled’ by two 22-Kilowatt on-board chargers (of four, if you specify). Amazingly, the boat can be recharged in just seven hours, giving you a relatively short gap between tearing up the waves.

Sadly, without knowing the range between charges, it’s difficult to say how far you’ll be able to go at that speed. Never mind, though – between the AMG Electricbeam Mango paintjob, carbon fibre applied liberally around the cockpit and the display from the road-going SLS AMG Coupe Electric Drive, you’ll soon forget the roar of a conventional engine.

iLectric Piano – tinkle the ivories on your iPad

Hitching a ride in the world’s fastest electric city car 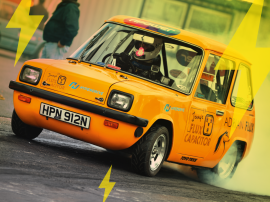 The 30 greatest concept cars ever

When you give car designers free reign to theorise about the future, you end up with automobiles that are completely mad and insanely pretty 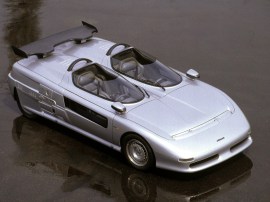 We’ve just been on a 30mph electric bicycle. It’s the future of transport.