We’ve seen plenty of Mario Kart fans dress up and race around go-kart tracks before, but the team from National Instruments at Waterloo Labs have taken the dream one step further by throwing modified go-karts and real weapons into the mix.

Each go-kart packs in its own router, RFID reader and air cannon, while players grab hanging overhead weapons as they race round the track. When each RFID-enabled weapon comes into contact with another car, a modified automatic braking system kicks in, slowing down the go-kart and making it veer off the track.

From shooting out soft turtle plushies to leaving banana peels on the track, you’ll definitely want to check out the video below, complete with authentic music and sound effects.

Skip straight to 2:22 to get straight into the action.

PlayStation 4 could be launched in May 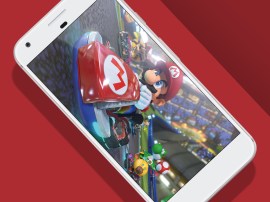 The 15 best Mario games of all time 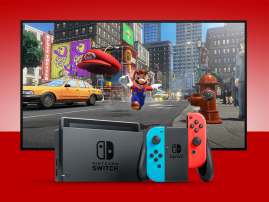