While frantically tapping the action button to find clues, you may have forgotten how good LA Noire’s facial animations were. Luckily for you, Depth Analysis (the company behind all that clever technology) has posted a blooper reel on its website, showing off how its MotionScan tech captured the actors’ flubs captured during the making of the game.

LA Noire’s linear plot was a bit of a let-down after Rockstar Games delivered the wide-open worlds of Grand Theft Auto IV and Red Dead Redemption, plonking you in a painstakingly accurate recreation of 1940s LA and then not giving you any reason to explore the open-world setting. But its MotionScan tech meant that the game was able to deliver incredibly detailed performances from the likes of Mad Men’s Aaron Staton.

Here’s hoping that when the Sony PlayStation 4 drops, that level of performace capture will become the rule rather than the exception. 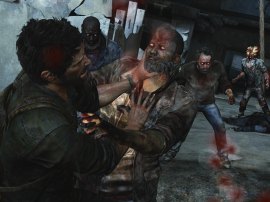