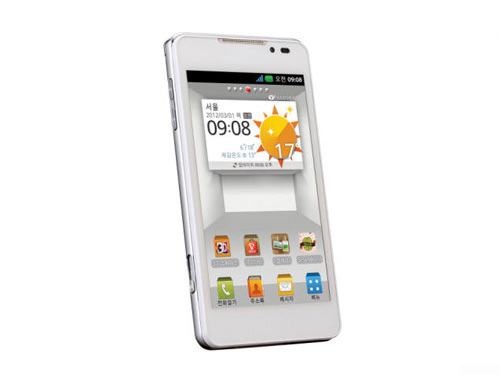 The LG Optimus 3D 2 has surfaced ahead of Mobile World Congress, where it’s expected to be officially announced. Last year the original LG Optimus 3D impressed us allwith its glasses-free 3D screen – but its bloated size and weight meant it didn’t rock the world like it could have done.

The Optimus 3D 2 also comes packing a higher resolution IPS screen. The original phone had a reasonable 217ppi LCD, but the LG Optimus 3D 2 should make that look positively pixelated with the AH-IPS display unveiled by LG earlier in the year.

This wonder display isn’t AMOLED but it clocks up an impressive 326ppi (in the 3.5in example screen), which is Retina Display territory – imagine that in 3D. LG claims that this seemingly magical display will produce more accurate colours and a brighter image while using less power – so battery performance should be improved.

Here’s hoping the glasses-free 3D is also enhanced with a headache-free image and plenty of 3D treats to enjoy. And a more imaginative name than LG Optimus 3D 2 might be in order too, guys.

Just because they could – LCD mosaic displays

Apple could have 3D interface in the works