Motorola may be making a serious play for the crown of smartphones if leaked specs are true. The Google owned mobile manufacturer is rumoured to be unveiling its X Phone in November this year and it could come packing some serious power.

According to a PhoneArena source the X Phone will arrive with a 2GHz Snapdragon 800 processor (the one that can play 4K video), a huge 4000mAh battery, and a Sapphire Glass screen that’s three times stronger than Gorilla Glass. Nice touches like rubber corners, water resistance and a carbon fibre back all sound appealing. But is it too good to be true?

Other rumours suggest a customisible device that users can tweek before they buy, much like a new car. Motorola advisor Guy Kawasaki supported this rumour on his G+ page by referring to a customisable Porsche car – “Wouldn’t it be great if you could personalise your phone like this?”. Sit tight for more details as they appear.

The world’s smallest smartphone charger gives you hours of fuel

Spotify will take on Netflix with its own video streaming service

G4 Plus could be on the way too, fingerprint sensor and all 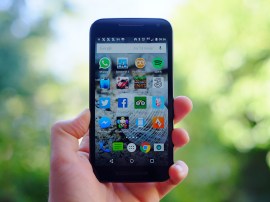 Moto’s 2015 flagship appears online in all its natural glory 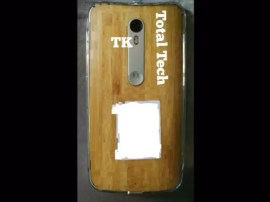 A smattering of quick-hit tech news to energize your morning 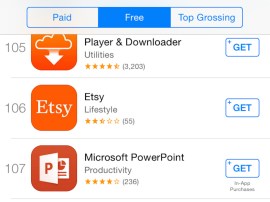