Intel’s new Ivy Bridge chips, that promise super power efficiency, may be announced on April 23rd according to a Digitimes source. With Asustek, Acer, Lenovo and Hewlett-Packard all expected to release Ivy Bridge ultrabooks next month and Apple’s MacBook line refresh imminent, we expect to see the new generation of processing power announced soon.

Apple’s 15in MacBook Pro we mentioned a while back should be leading the charge later this month, with a 13.3in MacBook Pro expected a little later in June. And of course there’s the murmerings that the new Pros will be so slim they and the Air models will become one ultimate laptop to rule them all. With ultrabooks making Windows look good it seems likely Apple would want to compete with a united front. Keep tuned for new as it breaks. 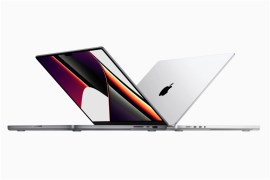