Home / News / New Radiohead album: how much would you pay?

You know that new Radiohead album your were expecting in 2008? Well make a small amendment to your calendar, because it’ll be on your iPod in just 10 days. And do you know what’s best about this little nugget of news? You get to choose how much you want to pay for it (the album that is, the news is free).

The 10-track record is called In Rainbows, and in a quite groundbreaking move for not just the band but the record industry as a whole, it’ll be released as a digital download exclusively from Radiohead’s own website. Not only that but once added to your basket you’re given the option of entering a price yourself.

For a band that has become well known for its unique album artwork and packaging (Hail to the Thief came in a limited edition map) it might seem a little strange. But true to form there’s also a £40 ‘Discbox’ version (pictured below), which includes the album on CD and double heavyweight vinyl, a bonus disc of new songs and also the digital files to download on the 10th.

It’s an incredibly gutsy move, but one that doesn’t completely surprise me. The band’s record deal with EMI expired after the last album, Hail to the Thief, and perhaps inspired by The Crimea, this is an ideal way of experimenting without the help of a major label, or indeed, any label at all.

Of course Radiohead are in a privileged position not shared by many other bands; they have a huge fan base across the world with many willing to spend silly amounts of money to own everything the band create, meaning all those who only pay a pound won’t dent their profits too much. I doubt Thom Yorke’s short of a bob or two either. But this aside, it could set a real precedent.

So how much will you be willing to spend on the new songs? Will you cough up the normal price of a CD, or take advantage of the band’s generosity? Let me know below.

Adele’s new album won’t be on Spotify, Apple Music, or any other streaming services

According to a report, she’s skipping all streaming for 25 – even the premium kind 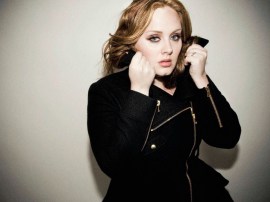 Where do you want to go to play? Inside gaming’s most intriguing new worlds 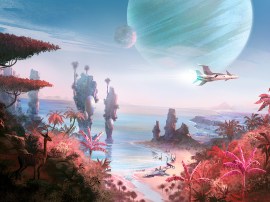