The webOS operating system used on the Palm Pre was always likely to show up on non-smartphone tech sooner or later – in fact Palm head honcho Jon Rubinstein said as much a few weeks ago.

That was before his company was acquired by HP, who have now – surprise, surprise – announced that they’ll begin launching webOS-toting kit in a “variety of form factors”.

The two mentioned are tablets and web-connected printers. Tablets are a logical step given webOS’s touchscreen interface capabilities; printers are a slightly unusual step, perhaps – but it’s the web-connected part that is interesting.

This suggests you’ll be able to log on to the likes of Flickr or Facebook to print pics direct – and webOS would obviously make doing so a slicker, more painless experience than wrangling with the average GUI.

Get your big-screen fix with these top tellies 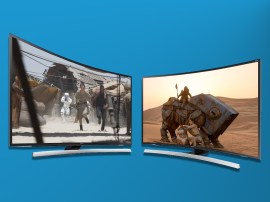