We’ve delved deep within our souls to bring you some of the gadgets and tech that we, the Stuff staff are thankful for. Why? Because it’s Thanksgiving today and we thought it would be a better use of our time than watching cat videos on YouTube. Off we go…

Fraser Macdonald (Editor-at-large) – The bicycle – because it made me adventurous. Without it I’d be working for Dumfries’ West Sound 96.5 and still playing D&D with my old school friends. (I kinda wish I was.)

Esat Dedezade (Staff Writer) – The Internet. Ok, so it’s not a gadget per se and it’s probably the most clichéd choice here, but seriously – who isn’t thankful for boundless tomes of instant knowledge, time-sucking flash games and videos of animals pretending they’re people? Could you live without all that? I couldn’t.

Will Findlater (Editor) – Spotify. Without it, I may have become one of those people for whom new music stopped being exciting when I was 25. Mind you, it was better back then…

Stuff Office Cat (Office Cat) – I suppose I’m expected to say that I’m thankful for the scratching post that was given to me to stop me from ruining everyone’s desk chairs. Well, I haven’t been using it and the chair fabric has been cut to shreds, so that’s that. Oh, and tuna. I am very thankful for tuna.

Paddy Smith (Online Editor) – Griffin Beacon/Dijit. It’s overpriced and the app crashes, but when I instruct the Hi-Fi in the other room to start playing Sly and the Family Stone from my bed on a lazy Sunday morning, somehow that doesn’t matter.

Tom Parsons (Reviews Editor) – My friend Oli’s NES. I was just a poor boy from a poor family so without it I may never have become addicted to games and tech in general. Of course I might instead have applied myself more at school and could have ended up with a real job.

Stephen Graves (Online Deputy Editor) – The BBC iPlayer. Because now I don’t have to write off Saturday evenings so that I can watch Doctor Who. Er, not that I did that before the iPlayer, you understand…

Adam White (Sub Editor) – The Nintendo 64. Without it, I would have had to leave the house and meet girls. (I kinda wish I had).

Got any gadgets your thankful for? Let us know in the comments below, or via Twitter.

BlackBerry London with BB10 spotted in the wild

Apple in 2021: what Stuff wants to see – redesigned Macs, new hardware, and free backups for all 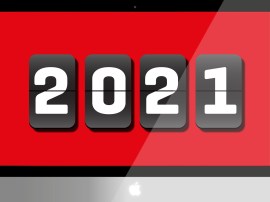 The essential books, films, games, music and podcasts to get you through the week 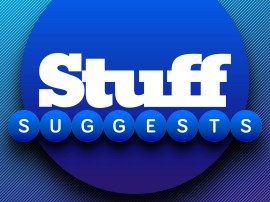