With the rebirth of the Commodore 64 (in name at least), I thought it was time to rustle up my own top five C64 games I’d like to see resurrected. So I did…

It owed much to the coin-op Dig Dug, but Boulder Dash took the idea of mining earthy areas and dodging falling rocks to another plane. It used the C64’s brilliant sound chip in an incredibly basic way but still had some of the best sound effects ever to come out of the big lump of two-tone toffee: psshht, psshht, psshht… ding… bang!

Now imagine this in 3D – a bit like Valve’s Portal. It would rock! Quite literally.

Today’s gamer would be completely banjaxed by Mercenary’s minimalist 3D vector graphics, near silent gameplay and “figure it out yourself” approach. Having crash-landed on the planet Targ, you had to find a way to escape by exploring the featureless landscape and its network of underground bunkers.

The challenge to today’s developers would be keeping that sense of loneliness and resisting the urge to fill the place with slack-jawed characters that repeat the same three phrases at you until you realise you’re supposed to get into a giant wedge of cheese and fly to the orbiting space station. Frankly, I’m not sure they’re up to it.

Or any of the text adventure games that drew out a little picture in the top half of the screen every time you entered a new location. Back then, the most fun you could have with a game like this was figuring out which swear words the artificial intelligence knew.

With today’s AI, surely we could have games in which we’re actually talking to the game through the keyboard in a convincing manner, not just typing “North”, “Examine tree” and “Inventory”, then “Use mirror with coin” to convince the shop keeper we have enough money to buy the rope.

Like Boulder Dash, Thrust was really a rip-off of an old arcade game (the vector-based Lunar Lander) but it nailed the concept for home computers like no other. It was you against gravity, as you rotated, thrusted, shot and tractor-beamed your way through the stylised moonscapes. It’s the game that turned “brilliantly simple and simply brilliant” into the game review cliché to end them all.

This one had a fab soundtrack from C64 music legend Rob Hubbard – one of his best, in fact. Rob soundtracked Kentilla too, but it wasn’t a patch on this score.

This one didn’t get a very wide release in the UK, partly because it relied on the C64’s disk drive when most Brits were content to save a few quid and watch Grange Hill while games loaded from the tape deck.

Anyway, it was a really stylish interactive comic in which you controlled the story, with a smart, tongue-in-cheek sense of humour. Why are we not all playing interactive comics now? Maybe it would be a bit slow-moving for today’s Red Bull-addled youth. Actually, I just checked on YouTube, and it definitely would be. Still, they could pace it up a bit. Rob Hubbard didn’t do the music for this one. Maybe he could for the remake. 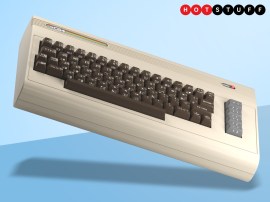 Which retro game console should you buy?

Revisit the classics in these tiny, affordable throwback boxes 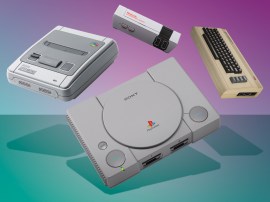 Project Hubbard celebrates a retrogaming chip-tune legend with new SIDs, a C64 game – and an orchestra 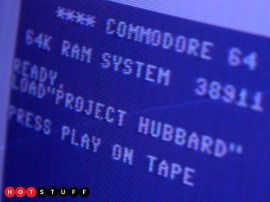