Remember the hybrid E Ink/LCD phone prototype we found one at CES 2012? Now it could become a reality as Yota Devices prepares to launch its YotaPhone, due out in 2013. No, we hadn’t heard of the Russian phone maker either; this is its first phone outing.

No longer will bookworms need to make space for a mobile and an ereader when heading out, thanks to a 4.3in 720×1280 LCD screen, backed with a 200ppi E Ink rear display. The 1.5GHz Snapdragon S4 processor with 2GB of RAM will make short work of taxing mobile tasks while the E Ink display lets you read using minimal battery. You can even run the phone tasks on E Ink – useful if your battery is running low. There’s also a 12MP snapper and LTE buried in the YotaPhone’s 10mm body. We’ll be doing our best to track down this dual-screened beast at CES 2013 in January.

It’s a bit of all white 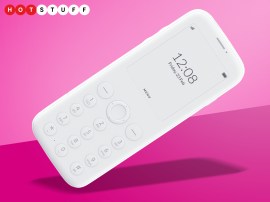 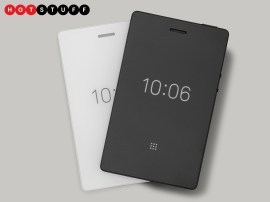 Two-faced YotaPhone 3 is the mullet of the smartphone world

OLED at the front, E-ink round the back 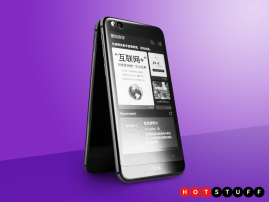