Home / 3D print your own house

3D printing has to be one of the most exciting and incredible inventions since sliced bread, but there are still things it has yet to achieve. Well, in three weeks time, we can at least tick off the item labelled “print a house”.

We kid you not, London-based studio Softkill Design will be building a 3D printed humble abode it calls Protohouse 1.0 over a period of three weeks – and it will be of a decent size. While those of you expecting a small castle with a moat will be sorely disappointed, 8×5 metres is easily enough to swing a cat in.

Construction will take place in a factory for size reasons – it’s not easy to print such a large object with a conventional home 3D printer – and the finished article will comprise eight pieces measuring roughly 2 to 2.25×1 metre in size. The material used will be a laser-sintered bioplastic which to us sounds like the stuff of science fiction.

What was originally an academic study has rapidly become a more serious building project that could hit production, although the design studio was cagey about releasing an exact price, stating only that it will become a “viable competitor” to more traditional building methods “in the near future”.

So there you have it, the dream of walking in and buying a flatpack house is actually not so absurd after all. We’re just curious how the plumbing and electrics would work.

iLectric Piano – tinkle the ivories on your iPad

Panasonic offers try before you buy for the Lumix GH3 camera

Is this the PlayStation 4 controller? 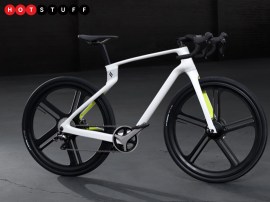 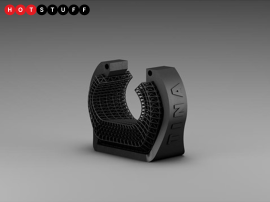 From instant photos to instant… stuff 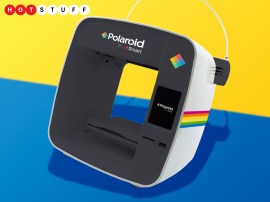