BlackBerry could release a new 64-bit smartphone in February, according to Pocket-lint’s trusted source.

The mystery device will apparently land with a 64-bit octa-core processor, which matches up with previous speculation of an eight-core Snapdragon MSM8994 chip being used.

An Adreno 430 GPU and 4GB of RAM are also on the cards, making for quite a powerful device indeed.

While the iPhone 5s‘ 64-bit chip is required for its Touch ID Home button fingerprint sensor, there’s currently little else the 64-bit chip itself offers apart from app future-proofing and the ability to use more than 4GB of RAM.

Past BlackBerry devices including the Z10, Z30 and Q10 have impressed us with BlackBerry 10’s innovative features, but they all fell short when it came to apps.

Will a high-end phone alone be enough to save the troubled company? Our hearts want to say yes, but there’s a hell of a lot of work to be done.

We might find out more at Mobile World Congress in Barcelona, so stay tuned.

READ MORE: What’s all the fuss about 64-bit smartphones (like the iPhone 5S and Samsung Galaxy S5) anyway?

Apple iPhone SE (2nd Gen) vs iPhone 11: Which should you buy? 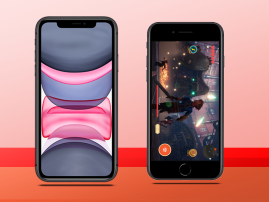