Home / News / CES 2015: Kodak Instamatic is back – in the shape of an Android-powered camera phone

Remember the Kodak Instamatic? Unless you’re a child, you almost certainly do, and with good reason: for many years it was – along with the Polaroid – the world’s most recognisable instant camera. And now it’s coming back.

But probably not in the first form you’d guess. As we heard last week, Kodak has licensed its branding to be used in a photography-centric smartphone that will be designed and manufactured by the British-based Bullitt Group.

We don’t know its specs yet, but we do know that the phone will run on Android and that it will let users “take great pictures and edit, share, store and print them in an instant”.

The phone will be officially launched at CES 2015, which starts on 6th January, and will be followed by more Kodak-branded products in the second half of the year: a 4G handset, a tablet and a connected camera.

READ MORE: Stuff’s CES Hub – all the stories from the world’s biggest gadget and tech show 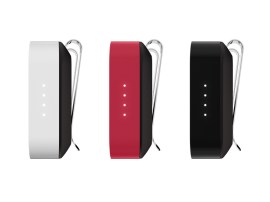